Variety of solutions made of plastic or rubber and their combination with metal.

Aoyama group is focused not only on metal fasteners, but also on plastic, rubber and combined fasteners. There are two main reasons to use these alternate materials. The first reason is the impossibility to use metal materials due to their unsuitable parameters (for example for sealing or insulation needs). The second reason is the continuous effort to contribute to the low-emission future and preserve the environment by reducing the weight of vehicles and also their emissions in the end. 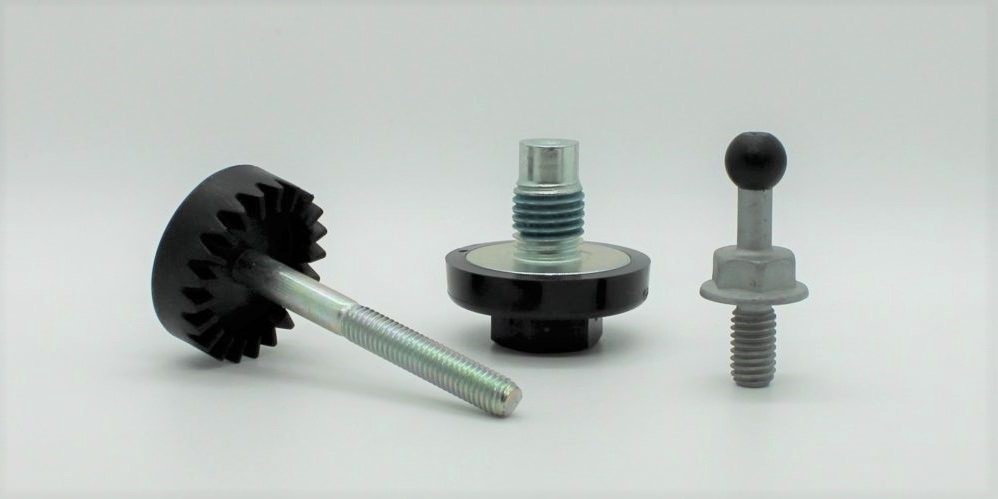 Many of our developed technologies have already been adopted by several globally important carmakers as a standard solutions for their electrified vehicles. Below are several examples of such solutions.

Fasteners that are made of combination of plastic, rubber or metal. The first example is the unique sealing washer (odkaz na těsnicí podložku) that is used for joints that must be completely watertight and require long-term stability with metal-to-metal contact within the joint.

The second example is a special countersunk head bolt with a sealing function that is used for side door locks. The purpose of this product is to avoid any scratches on the vehicle’s paint job during its assembly (these scratches could be a future source of corrosion) and also to avoid water leaking in the door lock area. 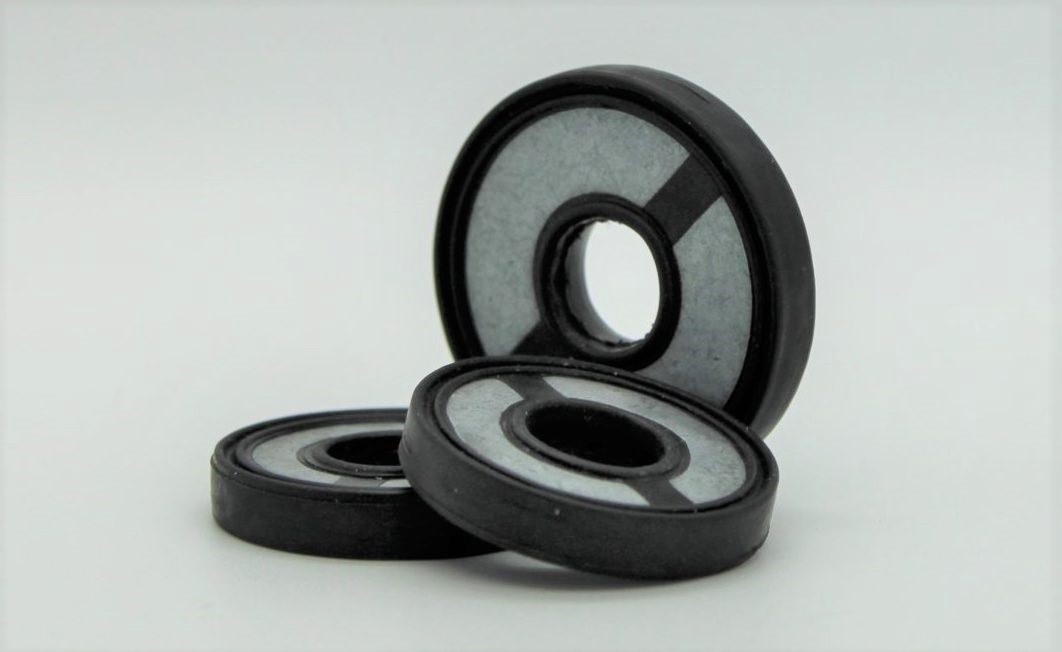 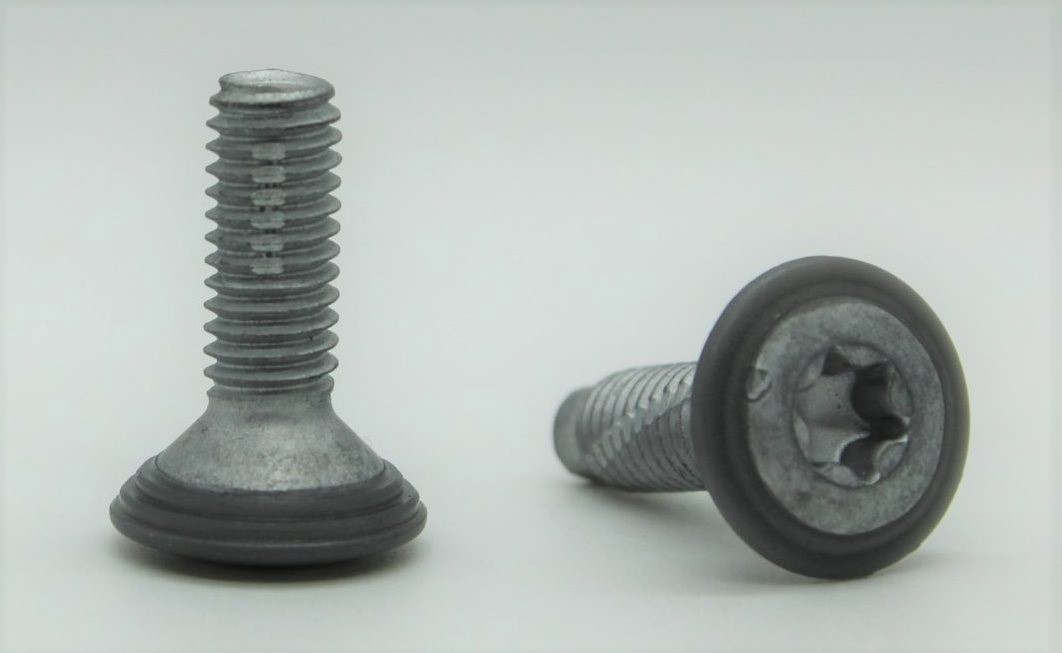 Welding spatter is a problem that can occur during welding of nuts to sheet metal. If it contaminates the thread of such a nut, it may become a problem during the fastening of the bolt. The same problem may occur when applying a special liquified protective rubber layer on the bottom of the vehicle as this layer would then make any bolt assembly impossible due to its thickness. The solution is to use a masking tape, but it requires manual operations done by operators and increases production time and cost related to the production of the particular vehicle or component.

For this purpose, Aoyama group developed a special welding nut with a plastic lid, which is applied by injection molding. Nut and lid then form one piece. This lid works as the masking during the welding process or when applying the special liquified protective rubber layer. No contamination can then enter the nut’s thread. The lid opens when assembling a bolt and then remains a part of the whole joint. 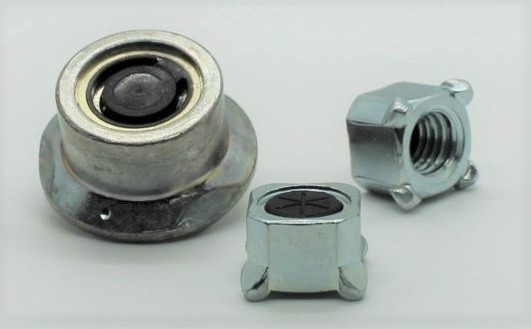 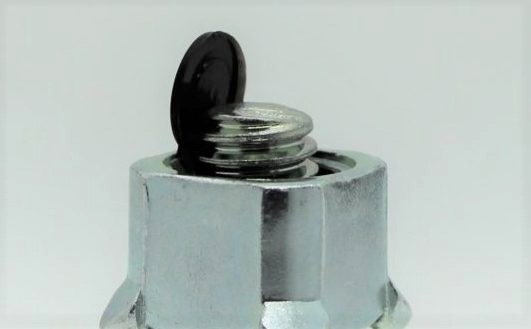 The trend of the past decades is to manufacture vehicles that are more visually attractive for the final users. Therefore more and more chrome-plated decoration parts such as backdoor garnish or radiator grille are used. These visually appealing additions are tempting for customers, but are also another challenge for vehicle-development engineers. The biggest problem is related to driving the car in winter conditions when a lot of deicing salt is on the roads. The salt works as a catalyst of corrosion caused by different electric charge between the chrome-plated parts and the conventional steel fasteners that acts as a bridge to the vehicle’s steel body.

A reliable solution to prevent this galvanic corrosion is to insulate fasteners used to connect the chrome-plated parts and the vehicle’s body. Aoyama group developed a series of fasteners for this purpose that effectively combines benefits of insulation and metal-to-metal contact between the fastener and the car body. This technology can be used also as a sealing element. 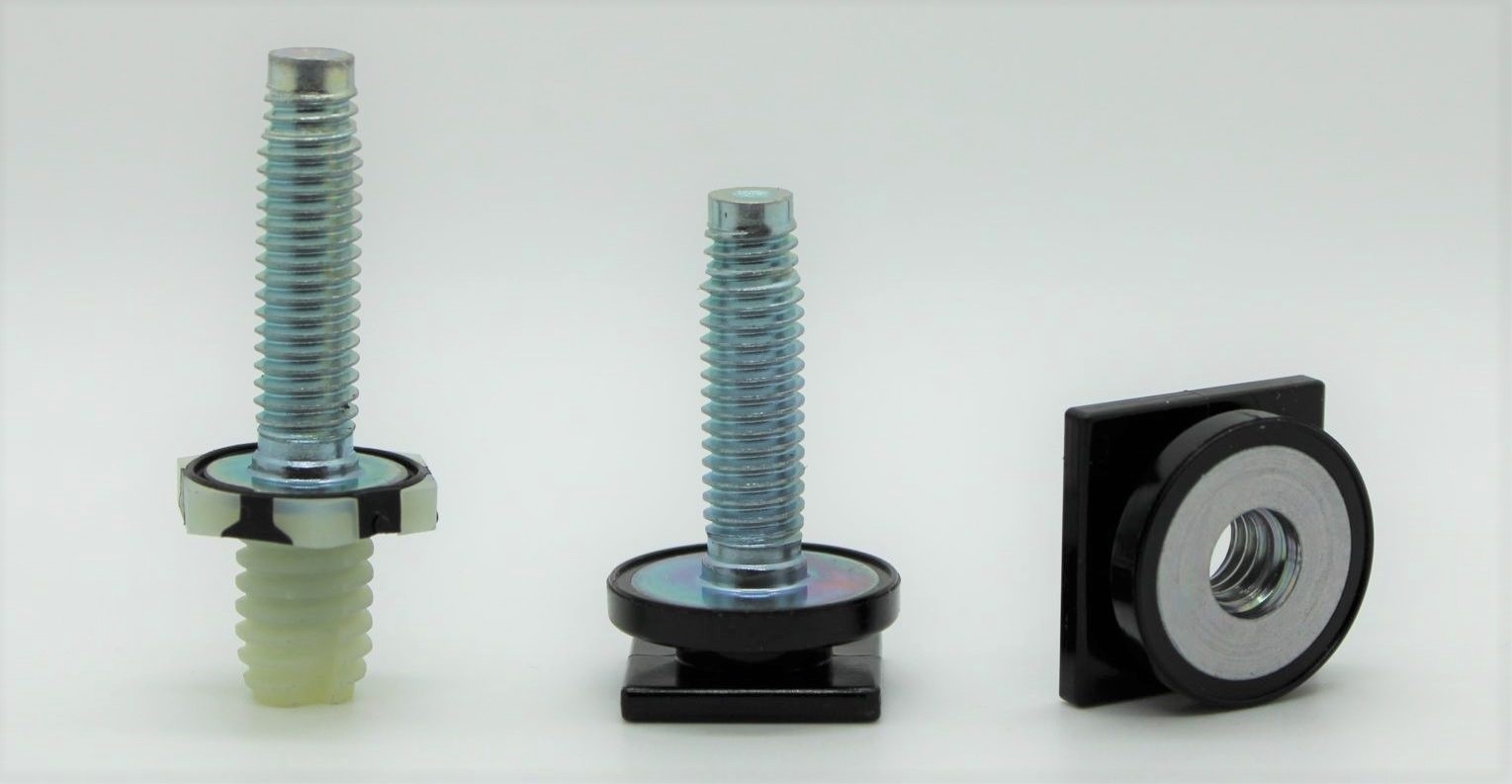